Given the lower carbon footprint than meat, consumers are turning to seafood as their main source of protein. Tuna contains omega 3, important fatty acids, vitamins, and minerals, making it the ideal source of nutrition for the body. Since there is a lot of tuna in the ocean, processing it is a sustainable activity. Given its status as a convenient food, tuna is among the most popular seafood in the world. Due to their availability in ready-to-eat and ready-to-cook versions, they are very well-liked by the time-constrained millennials worldwide. The growing popularity of ready-to-eat/cook packaged goods is increasing as they are easy to make, time efficient, economical, and accessible. The rising popularity of convenience foods is good news for the canned tuna business. Furthermore, people today, especially those with busy schedules, do not want to sacrifice product quality and seek healthier goods like tuna. Tuna contributes to improving bone health, lowers disease risk by boosting immunity, and speeds up metabolism to encourage growth. The market will develop favorably as more people become aware of the advantages of canned tuna. The demand for canned tuna is also increasing as manufacturers offer the product online for the tech-savvy millennial and gen-Z generation. However, the growing concern about the high levels of mercury in canned tuna and their adverse health effects will restrict the market's growth. Furthermore, the growing adoption of plant-based nutrition or vegan culture as an ethical and environmental choice for animals and nature will challenge the canned tuna market.

To enhance their market position in the global canned tuna market, the key players are now focusing on adopting the strategies such as product innovations, mergers & acquisitions, recent developments, joint ventures, collaborations, and partnerships.

Around 3 billion people rely on seafood as their primary source of nutrition. The consumption of seafood is approximately 150 million tons per year. The increasing disposable income of the population is also propelling the demand for seafood globally. Canned tuna is an inexpensive source of protein and leaves fewer carbon footprints than meat, making it a popular choice among consumers. Additionally, it is simple to prepare or can be consumed immediately. Given the busy lifestyles of today's population and the rising consumption of convenience meals, canned tuna's ready-to-eat/cook status will present market expansion potential. The canned tuna industry is a sustainable business due to the quantity of tuna in the oceans. Rapid globalization has led to new hybrid cuisines combining traditional seafood recipes with modern food habits. For instance, the growing popularity of avocado tuna salad, Asian tuna salad, pasta with tuna, tuna patties, tuna sandwiches, and much more have gained prominence in western societies, thereby propelling the growth of the canned tuna market.

The product type segment is divided into skipjack, yellowfin, bigeye, albacore, bluefin, and others. In 2021, the skipjack segment dominated the market with the largest market share of 54% and market revenue of 4.29 billion.

Key players operating in the global canned tuna market are:

This study forecasts global, regional, and country revenue from 2019 to 2030. The Brainy Insights has segmented the global canned tuna market based on the below-mentioned segments:

The global canned tuna market is analyzed based on value (USD Billion). All the segments have been analyzed on a worldwide, regional, and country basis. The study includes the analysis of more than 30 countries for each part. The report offers an in-depth analysis of driving factors, opportunities, restraints, and challenges for gaining critical insight into the market. The study includes porter's five forces model, attractiveness analysis, raw material analysis, supply, demand analysis, competitor position grid analysis, distribution, and marketing channels analysis.

Buy this Research Report at https://www.thebrainyinsights.com/buy-now/12921/single

This report can be customized to meet the client’s requirements. Please connect with our sales team (sales@thebrainyinsights.com), who will ensure that you get a report that suits your needs. You can also get in touch with our executives on +1-315-215-1633 to share your research requirements. 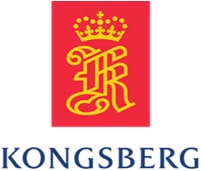